Jeremih, El-P & Killer Mike announced they will be performing at a secret #uncapped show presented by Vitamin Water, free for fans who won tickets. Follow @thefader for a chance to win a pair of tickets to the NYC show. 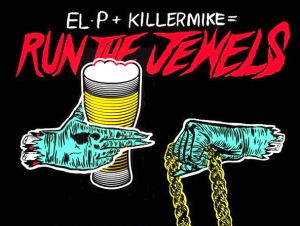 According to Billboard Magazine:

“For the past three years, vitaminwater and The Fader’s Uncapped concert series has been creating one-of-a-kind musical moments in intimate settings, from Frank Ocean and Bon Iver playing a New York City synagogue in 2012 to Solange performing at a laundromat in 2013.

For its latest incarnation, Uncapped will bring vitaminwater’s 2014 advertising tagline “Hydrate Your Hustle” to life, teaming with artists who got to their current status with a hustle of their own. The first installment will take place in New York City on Aug. 19 and feature performances from Run The Jewels (Killer Mike and El-P’s side project) and Jeremih. Additional dates and performers will be announced for forthcoming show in Atlanta, Philadelphia and a return to New York.”

Exclusive content, including interviews and behind-the-scenes footage will be available on vitaminwater’s YouTube channel as well as TheFader.com.

Lived my dream of being a mascot last night at the @laclippers game with @chuckthecondor, living vicariously through his segments. Fun but sad fact: At #WalnutHighSchool I tried out to be the mustang 🐴 mascot, but they told me I was too small for the costume and there wasn’t budget to make another. Thought it would be such a fun job getting to make people dance & cheer while no one knowing who you are. 🥲😅 #LAClippers
Such an exciting game! @laclippers you did it, you made history! ❤️💙 #PlayoffsOurWay
“I gotta feeling, that tonight’s gonna be a good night...” (I hope 😅). @laclippers in 6 would make history for their first Western Conference Finals today! 🤗 First time back in a full capacity arena 😷, but excited for the game, getting to see @jordanclarksons of @utahjazz play again too. 🏀
@lianev 🔥”Girl so bad call 📞 911! ⚠️ Danger by @commonkings x @inigopascual x @djflict. 🎶 Create your own duets or #dangerdancechallenge videos on TikTok & IG. ❤️ #playwithdanger www.myx.global/danger
@laclippers in 6? Hoping for a win today so we can see them win the series at home Friday. 🤗 P.S. look for @dcasados sitting courtside during home games behind the table, patiently handling business on his Janet Jackson microphone.❤️🏀 #LAClippers
@chefvallerie & her fan club.❤️🤙🏽 @yamashirola