Back when I launched the Myspace as “A Place For Hip Hop” community many moons ago, I remembered wanting to do more than capture our live events such as the Secret Shows, interviews, sponsored events and artist features via photos. The personal goal was to also have archived video of our very first strictly Hip-Hop & R&B franchise, the “Myspace Release Show.” The only problem was? We lacked the knowledge of operating video equipment of course. What was the solution? Meeting Nick Huff, Founder & CEO of HardknockTV who currently partners with companies like the GRAMMYS, SXSW or Beats Music to provide quality, in depth interviews/keynotes with the biggest superstars of the day ranging from Eminem to Andre3000 to Coldplay and 50 Cent. 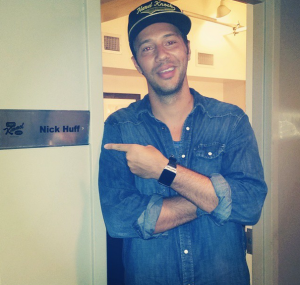 Pictured below, is the very first Myspace Release show with rapper Chamillionaire in one of his first performances as a Houston rapper in NYC in partnership with AllHipHop.com week where Nick was the producer, editor and videographer on location. Within our first few years we also traveled to Atlanta for the HBCU Battle of the Bands with The Dream, Miami for a Pitbull ft. Lil Jon release show and back to NYC where Nick interviewed Diddy on the red carpet for his fragrance launch. While I would have loved to provide funding and distribution for Hardknock TV at that time, it wasn’t possible but happy to hear that it was during those beginning stages that he used our events to support his sidelong project which later became the Hardknock TV that we know today.

Prior to that, Nick began his early career as an intern to Hip Hop journalist and activist, Davey D from the bay area. While under the tutorial of the great radio hosts Davey, Weyland and Anita at “Hardknock Radio,” he hustled to create his own cable access show, “The Road Less Taken.” This is where Nick developed his own voice, bona fide conversationalist interview skills and the idea for Hardknock.TV. Listen to the interview below to hear more and be inspired by the man who was once in “ESL: English As A Second Language” classes as a young immigrant from Argentina.

Over the course of the years Nick has interviewed every hip hop artist you could think of, he has a unique A&R ear that stems from his early record label days working in the offices of Sony, to see budding talent before the talent even sees it themselves. J.Cole, Logic and Wiz Khalifa found some of their first memorable interviews sitting across Huff and his camera. What’s next? We imagine a Hardknock Multi-Channel Network that carries the brand message of quality versus quantity. Rather than create original content for anyone and everyone, Huff curates content with a watchful eye and looks to partner with similar hosts and producers in other genres who will care as much as he does to every detail. Listen to the interview below where Nick also touches on the subject of continued education such as at the upcoming Funk Volume Virtual Hip Hop Conference that they are a media sponsor of. He values his early work and looks for the “young Nick Huff” in the interns he hires which receive hands on, direct experience while working with him. What he respects most are those that come to the table with ideas themselves and helps the company grow. 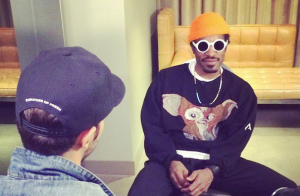 Continue to visit Hardknock.TV for exclusive interviews, features and overall great content. Follow Nick Huff and remember where you read about him when you see him as a nightly music journalist hosting his own show or name in the credits watching your favorite Netflix music documentary. Full Dash Radio interview below which also features a special mix by DJ Beatcrazed, featuring all artists who have been previously featured on Hardknock that Nick is a fan of below as well as info on the upcoming Funk Volume Music Conference that he is sponsoring, a personal advocate for continued education, no matter which stage of your career.