Soccer fans in attendance to the EA Sports launch party for the new FIFA 15 game tonight were treated with a pleasant surprise as superstar USMNT Captain Clint “Deuce” Dempsey performed for the very first time. Dempsey is known to be working on The ReDUX mixtape at the SKEElodge executively produced by Tony Alva & Mike Chehade, but this was the first time he has taken the stage as a performer, Dash Radio was onsite to livestream the exclusive event hosted by DJ Skee. In the crowd included Maurice Edu & Tim Cahill of the New York Red Bulls, Deandre Yeadin (Seattle Sounders), Mark Foster (Foster The People), Trae The Truth and many more.

Attendees and fans were also treated to early previews of the game via consoles available for play onsite as well as a performance by Nico and Vinz who are best known for the recent success of their Billboard chart topping hit, “Am I Wrong” (which has already received over 75 Million Plays on YouTube). The Norweigan duo are also featured on the critically acclaimed FIFA 15 soundtrack which can be heard exclusively on a FIFA 15 pop station on the new Dash Radio. The much anticipated game releases next Tuesday 9/23.

Check out the photos below by those in attendance to see what you might have missed and be on the lookout for chances to win access to exclusive events like the one below: 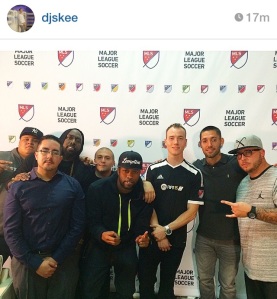 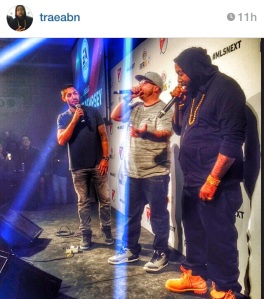