To celebrate the release of their collaborative Masterpiece Epic album, “There Is Only Now,” Bay area natives, the Souls Of Mischief from the Mighty Hieroglyphics crew celebrated in style with producer/musician Adrian Younge at the forefront in orchestrating yet another memorable ArtDon’tSleep event at the Mayan Theater in DTLA with partner Andrew Lojero. Hip Hop’s elite came not only to perform and host, but iconic producers like RZA of the WuTang Clan, rappers like Jarobi of A Tribe Called Quest and Dinco D of the Leaders Of The New School were onsite to show support. Check out the flicks below shot mostly by Kay Coria of SKEE.TV & in house here at the Third Floor Network. Don’t miss the next ArtDontSleep event, visit their site HERE for more info that are some of the best in town, reminiscent of LA’s nostalgic Club Unity, started by Bigga B and Orlando showcasing an array of quality hip hop from the past, present and future.

The highlight of the evening? Nicknamed “A Tribe Called Cuteness” by A Tribe Called Quest co-founder Phife Dawg, the daughters of musician Adrian Younge and DJ Jayski take the stage performing one of Tribe’s classics “Buggin Out” as a surprise to him while hosting the “There Is Only Now” release event last night at the Mayan Theater. Ali Shaheed was on the turntables while Jarobi White helped the girls with their adlibs. 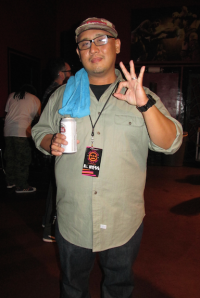 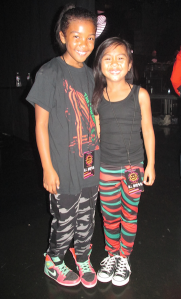 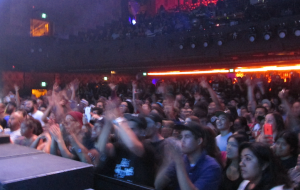 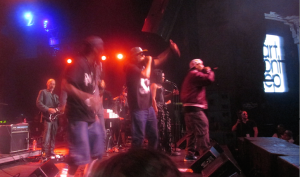 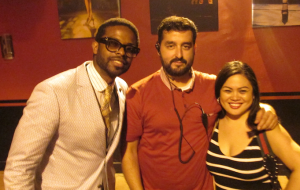